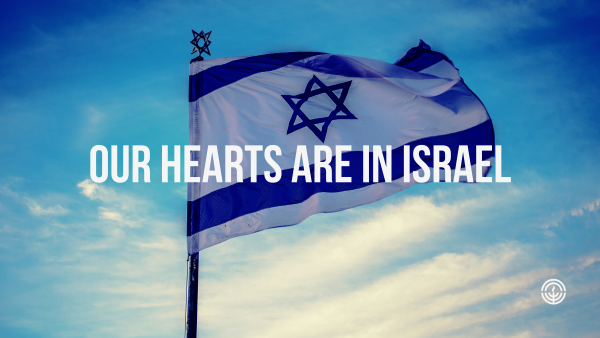 After more than a year since the last time major hostilities took place, fighting broke out on Friday, August 5th, 2022.

The Israel Defense Forces (IDF) says that it had specific and verified intelligence that the Palestinian Islamic Jihad terror group was planning major attacks against Israel. In response, the IDF initially arrested the Islamic Jihad leader in the West Bank, Bassem Said, after which the terror group vowed to take “strong and harsh revenge” against Israel’s citizens. Islamic Jihad’s leader, Ziad Nahale, visited Teheran last week and is understood to have been pushing his organization to strike Israel “at all costs.”

During the next four tense days, residents of Israel’s south remained at home by order of the IDF, which took precautionary measures to protect Israeli citizens against imminent and credible threat of attack by Islamic Jihad.

On Friday, in a pre-emptive attack, IDF pin-point strikes hit a number of senior Islamic Jihad commanders in Gaza. See here for a short video by the IDF on the reasons behind the fighting. Later on Friday night, Islamic Jihad began firing dozens of rockets at Israeli civilian targets.

·   Egypt mediated a ceasefire between Israel and the Palestinian Islamic Jihad militant group. The ceasefire came into effect at 11:30 PM (4:30 PM EST) and held overnight.

·   Statement by President Biden on the Ceasefire in Gaza

·   By early Sunday afternoon, close to 600 rockets had been fired by Islamic Jihad at Israel.

·   Of these, at least 120 fell short of the border and landed in the Gaza Strip, some causing damage and death among the Palestinians’ own population (see section on “Jabaliya” below).

·   Approximately 210 rockets have been intercepted by Israel’s Iron Dome rocket-defense system, which has so far had a 97% success rate, destroying incoming rockets before they hit population centers.

·   Red Alert sirens have sounded hundreds of times, sending Israeli civilians running to shelters. While most sirens have been in Israel’s south, Saturday night saw alarms sounding in the Tel Aviv area, and on Sunday morning, residents were forced to rush to shelters just outside Jerusalem. Later on Sunday, rockets were also fired at Be’er Sheva and Rishon LeTzion. The IDF’s Home Front command has issued special orders to citizens.

·   While a 97% intercept rate for Iron Dome is high, this also means that 3% of rockets are getting through, making shelters invaluable. Some 1.5 million Israelis live in the immediate fire-zone.

·   On Saturday night, an explosion in the Gaza town of Jabaliya killed at least nine people, including at least four children. The Palestinian media was quick to call the attack an “Israeli massacre of children,” but it soon became clear that the explosion was caused by a failed rocket launch by Islamic Jihad. The failed launch was documented and recorded by several Palestinian sources, and the IDF has confirmed that it did not conduct any activity in Jabaliya at that time.

·   Footage of the failed launch can be seen here and here.

·   Keren Hajioff, Prime Minister Lapid’s International Spokesperson said, “Islamic Jihad is killing Palestinian children in Gaza. One in four rockets fired from Gaza towards Israel lands inside the Gaza Strip. Iran’s proxies – including Islamic Jihad – have a long history of hiding behind civilians to target Israeli civilians. The world should be outraged at this terrorist group targeting innocent Israelis and killing innocent Gazans. Israel will continue to stand up to this vicious terrorist organization – which threatens Israelis and Palestinians alike.”